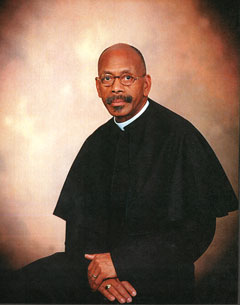 To usher in a dispensation of supernatural signs and wonders through the power of the Holy Spirit, faith, fasting and prayer.

How to Become a Christian

THE DECISION TO BELIEVE AND BEGIN

The content and guidelines of the Christian faith are given in the Bible. The faith, however, is more than knowing what the Bible says and systematically living out its dictums. The faith is also experience. A Christian not only knows Jesus’ teachings, for instance, but has by a decision of the will permitted the risen Christ to live in his or her life.

HOW CAN A PERSON JOIN THE CHURCH OF GOD?

If you are not a Christian (that is, not saved, not born anew, not a disciple of Jesus Christ), then you will want to confess your sins in prayer, ask God to forgive your sinful way of living, and invite Jesus Christ to come into your life as Savior and Lord. You may be able to do this alone, but many persons have found that the assistance of a thoughtful and mature Christian is helpful at this time. (Matthew 11:28.) When you accept Jesus Christ as Savior, you are born into the church. You are a new creation in Christ (John 3:1-7; 2 Corinthians 5:17). Through the cross you have become a member.

ORDINANCES ARE RICH EXPERIENCES FOR BELIEVERS

Ordinances are worship and faith disciplines which have specifically been ordained by Jesus in his instructions to his followers. We believe the ordinances are symbolic of something that is happening in the believer as a direct act of God’s Spirit. The symbolic act witnesses to an inner reality. These symbols affirm and remind us of what God has done in Christ.

Baptism by immersion is a first step for the new believer.

The term baptism means to immerse. Immersion of believers is the only form of baptism that is indicated in the New Testament. Through baptism the new believer witnesses to a new spiritual dimension in his or her life. Baptism is also a witness to the church that the new believer is a part of its fellowship and work and to family and friends that he or she is now an active participant in the Christian community (Mark 1; Matthew 28; Acts 2:38).

The Lord’s Supper, often called communion, is an affirmation of oneness in Christ.

In the sacramental churches it is often called the Eucharist ("thanksgiving"), a reference to the thanks offered over the bread and the cup (1 Corinthians 10:16). The Lord’s Supper and communion are both terms used by Paul in his writings (1 Corinthians 11:20; 1 Corinthians 10:16, KJV). Church of God congregations frequently share the elements of the Lord’s Supper. Many have communion on the first Sunday of each month (including World Communion Sunday), on New Year’s Eve, and on Maundy Thursday. The bread and the cup are symbolic of the grace experienced in the life of the believer.

Foot washing is an ordinance practiced by many churches.

It is an act symbolizing the servant ministry of all Christians to each other and to the world. Usually men assembly in one room and women in another; in some congregations, young person’s assembly separately, so they can be instructed more fully on the meaning and practice of foot washing. Some congregations now provide opportunity for family groups to participate in the ordinance of foot washing. Persons wash each other’s feet, sing hymns, and give personal testimonies of God’s blessing on their lives. Participation is not considered a "test of faith." Rather, it is a spiritual experience which Christians are encouraged to observe and join.

The Church of God movement holds the firm conviction that the Bible is the inspired Word of God. In this context we accept all that is central and enduring in the faith of historic, orthodox Christianity as these essentials often have been stated in widely accepted faith affirmation.

In declaring our present understandings of Christian faith, experience, discipline, and fellowship, we gratefully acknowledge our particular indebtedness at many points to the Protestant Reformation, to the Anabaptist free-church tradition, to the Puritan-Pietist movements, to Armenian-Wesleyan evangelicalism, and to the Holiness movement in the United States.

The Church of God believes in a cluster of biblical teachings which form a vision of the church. Specifically:

The Church of God believes that God calls his people to mission. All Christians are mandated to bear witness to God’s saving activity in Jesus Christ and to "make disciples of all nations.

The Church of God believes in the principle of openness to all affirmations of the Christian faith which are expressions of the biblical revelation. The intended unity among Christians is not based on the achievement of full agreement on all theological questions. Rather, it is based on a common membership in the church through the grace of God and is anchored by a common commitment to the centrality of Christ and the authority of the Word of God.

The Church of God exists to...

"Discipleship is the fulfillment of the great commission -- making disciples."